Are universities in the UK failing the visual effects industry?

Pat Joseph, co-founder and chief creative officer of The Mill, certainly thinks so. In this post at the Televisual blog,  Joseph argues that higher education in the UK is not responding to the needs of the visual effects industry, and is not training students of the digital arts to a sufficiently high calibre. Critics of UK government policy argue that tax breaks for the creative industries create unfair competition (see thursday's post about the sad end of Rythm and Hues). But could it be that, despite the tax breaks, the university sector is the achilles heel of visual effects work in the UK?

Joseph argues that schools and universities in this country are simply not doing enough. He says that "there is still a general lack of awareness about the VFX industry from a careers perspective. The explosion of content requiring sophisticated VFX needs has to be equally matched with suitably talented artists and it continues to be a challenge finding new talent to this high level."

Joseph then goes on to say: "My concern is that the British education system still isn't really laying out visual effects as a career option and so in turn, students aren't graduating with the right skills. Demand continues to grow, but universities that do train to industry standard, such as Bournemouth University, are struggling to meet it."

Pat Joseph isn't just complaining though; he also recognises the need for industry to do its part. As he puts it: "We need to continue to work closely with schools and universities in order to attract the best candidates and engage with them from a young age. So here at The Mill we really believe in backing and nurturing our talent as we want them to do the best work of their careers with us."

Part of the problem, of course, is that visual effects is still a young industry, and most of the people who are very good at it tend to be out there doing it, rather than teaching it at university. In addition, the industry is something of a moving target; the technology changes all the time, and keeping up with the latest commercial trends isn't always easy, especially when university courses have to be both internally and externally validated in lengthy and rather bureaucratic processes.

One of the reasons I set up Animation Apprentice in the summer of 2012 was to try and create an affordable alternative to a long, expensive course of study at a university that may or may not train students with the right skills. Universities tend to be slow-moving beasts, and few of them have staff with the right skills and experience to teach students character and creature animation effectively. Our students can be certain that they are getting a course of study that has been tried and tested over many years, both in the classroom and online. When it comes to learning animation, universities are no longer the only game in town. 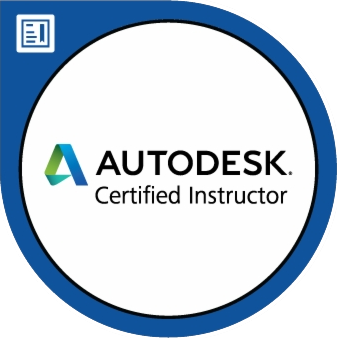